I work at Greenpeace as a coal campaigner, so my work is not limited to Batang only. Since the end of 2008, I have been involved in projects concerning coal-fired power plants in Cilacap, Cirebon, and Jepara.

At the beginning of 2011, we became aware of plans to build the largest coal-fired power plant in Southeast Asia, i.e. the Batang project, during research on overall coal consumption in Indonesia. At that time we did not know all the sponsors, but we found out that Adaro Power would take on this project. Since Greenpeace was considering promoting a coal mining campaign, we decided to target Adaro Power. We thought about working on issues concerning the South Kalimantan mine, but the Batang project will affect local residents’ health as well as the global climate, so we started to protest against this project instead.

The Indonesian government thinks that coal is the cheapest fuel and that we have abundant reserves of it, and thus considers coal as an antidote to the electricity crisis. But this is a misconception. First, in calculating the costs of coal use, we should include not only the costs of coal projects, but also external costs such as impacts on the environment, society, and health. If we do this, we will find that coal is actually expensive. Second, it is also wrong to assume that we have large reserves of coal. According to the estimation of IEA, no more than 3% of global coal reserves are in Indonesia. In the U.S., India, and China, there are large quantities of coal reserves. Yet ironically, Indonesia is the largest exporter of coal in the world. It is estimated that if we continue mining coal at the current rate, our domestic reserves will be depleted in 30 years. Then we will become an importer, like with oil. On top of this, by that time we would have done great damage to the environment in Kalimantan and Sumatra. And third, it is wrong to consider coal as an antidote to the electricity crisis. It will run out, and causes serious environmental and health problems. Therefore, the government must shift to renewable energy which is sustainable and good for both the environment and humans.

The argument that we are going to have electricity problems if we do not construct the Batang coal-fired power plant is actually misleading propaganda, and the Indonesian government is also a part of it. In Japan the conditions for developing renewable energy might be limited, but in Indonesia there is abundant potential – for example, geothermal power. Indonesia has the largest potential for geothermal energy: around 40% of the total global amount. Indonesia is also an island country, with diverse sources of renewable energy on all its islands. We believe it is possible to develop renewable energy based on the distinctive local contexts. Furthermore, solar energy is available everywhere in Indonesia. Solar electricity would be a very suitable option for islands where the electricity demands are not high, because it is cheap and quick to install. Another option is small-scale hydro power, which is also viable in inland areas. If the government is serious about exploring these options, it is possible that renewable energy could provide 50% of electricity in Indonesia by 2025.

Our protest has run for almost three years, with the participation of residents, Greenpeace, and the Indonesia Legal Aid Foundation, and we have successfully postponed the financing twice. In the meantime, the total cost of this project has risen from 300 billion JPY to 400 billion JPY. We have organized demonstrations in front of all government offices in Indonesia. We think that our activities have conveyed people’s strong opposition to this project to JBIC and Itochu. Furthermore, the owners of the remaining 20% land will never sell their land, and that is why they are sometimes arrested. However, they are optimistic that JBIC will suspend its support of this project. In the end, we are very grateful to Japanese activists who are supporting our movement. 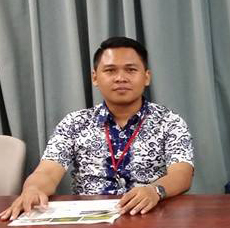 The Indonesia Legal Aid Foundation (YLBHI) was created during the reign of the Suharto administration to fight Suharto’s authoritarianism. It was founded to support the grassroots who were struggling against all sorts of human rights violations and power abuses. Initially a famous lawyer created a legal aid association in Jakarta, and later, responding to the needs of such activities across the country, fifteen local offices were established. The Indonesia Legal Aid Foundation takes responsibility for guiding provincial offices. At first it was based in a legal aid association in Semarang, however YLBHI now sends employees to Semarang. Currently there are five lawyers in Semarang. YLBHI works on problems resulting from the social structure. There are two meanings of “structural problems”. First, some issues have profound impacts on the majority of people and the environment. A problem that only affects one person is not considered a structural problem. Second, there are inequalities in the relationship between average people and the government and corporations. Lawyers provide free services to the grassroots, because the government does not support them in accessing legal services. There are two departments in YLBHI: the program department, and the operations department. The operations department holds advocacy activities targeting the public, and the program department collects funding. The funding is used to pay not only lawyers, but also for events and employees.

At first the local residents from Batang came to our office and requested legal support for their protest activities. YLBHI decided that this was a structural problem and that we should help these disadvantaged people. The inequality between the grassroots and the government is a structural problem.

The first problem is that innocent residents are being arrested. Second, in order to build the coal-fired power plant in marine protected areas, the supporters of this project have canceled conservation. Moreover, hoodlums hired by Bhimasena Power are assaulting resisting residents. Assaults include physical violence and threats on social networking sites. These actions are against the law. Furthermore, some of the jasmine fields have been destroyed. Though the police were informed of these crimes, no action was taken. Farmers whose jasmine fields were damaged have not received any compensation. Among these crimes, the most frequent is threats. Forbidding meetings and using banners are very common. I myself have also been a victim of threats and harassment. The army and policemen come to my place very often, causing considerable emotional anguish. The most serious incident occurred in September 2013, when hoodlums threatened to kill me if I continued supporting local residents. Recently in March 2014, I went to the villages with Arif, and we were chased by hoodlums. Furthermore, the police in Batang have issued orders requiring me to report personally to them. This is also a sort of threat. The police also consider NGOs behind local protesters. This is a common phenomenon in environmental movements. Security forces strategically threaten supporters in order to weaken local residents’ movements. I cannot avoid feeling scared as a human being, but I am prepared to take the risk because I am dedicated to this movement. （*Supplement information）

In Indonesia, when there are projects considered important for the country—for instance extraction of energy sources, minerals, and oil, or agricultural projects—there will usually be security forces guarding the sites. In some cases, corporations hire the national army or the police to guard their own projects. Regarding Batang, BPI probably also paid a security force to guard the project. In Indonesia, security forces make money through providing side services to corporations. As a result, in the case of Official Development Assistance (ODA) projects, the taxes we pay are used to hire security forces and the national army, or to kill people who oppose these projects. Though the national army makes profits from guarding development projects, the president has issued a regulation to limit the authority of the army. Only when there is a conflict during the implementation of a project, or when the police and the local government fail to solve it, can the army provide assistance. Therefore, it is possible to use conflicts as excuses to justify the actions of the army. In the case of Batang, it would not be surprising if the involvement of the national army gradually increases. When that happens, I believe the army will claim the conflicts are getting serious. (by Saeki Natsuko)