In Bangladesh, JICA has already provided loans for the Matarbari coal-fired power plant Phase 1 project (hereinafter referred to as Matarbari 1) and a preparatory survey for the construction of Matarbari 2 is currently underway. In Indramayu, JICA continues to provide loans for the basic design and is expected to do the same for the main construction.

According to Climate Analytics, a European research institute, in order to achieve the 1.5 degree limit of the Paris Agreement, developed countries need to completely stop the operation of coal-fired power plants by 2030 and developing countries by 2040 (※1). Therefore, it is obvious that the construction of new coal-fired power plants, such as Matarbari and Indramayu, is inconsistent with the goals of the Paris Agreement. Moreover, various problems have been pointed out regarding both projects, such as an excess supply of electricity and an increase in the financial burden of both countries, the lack of economic justification due to the ever-falling costs of renewable energy, and that both projects do not comply with JICA’s “Guidelines for Environmental and Social Considerations.”

JICA bonds are issued to contribute to the achievement of the Sustainable Development Goals (SDGs), being one of the Japanese Government’s concrete measures to achieve the SDGs in the “SDGs Implementation Guiding Principles Revised Edition” (revised in December 2019). However, the above-mentioned two projects go against SDG Goal 13 (i.e. take urgent action to combat climate change and its impacts) and ignore SDG Goal 16 (i.e. to promote peaceful and inclusive societies for sustainable development, provide access to justice for all and build effective, accountable and inclusive institutions at all levels).

In February 2021, China’s embassy to Bangladesh informed the local Ministry of Finance in a letter that “the Chinese side shall no longer consider projects with high pollution and high energy consumption, such as coal mining [and] coal-fired power stations (※2) .” At a press conference held by Japan’s Ministry of Environment last year, Environment Minister Shinjiro Koizumi stated in regards to the government’s 4 conditions for supporting exports of coal-fired power that if Japan won’t do it, then China will (※3). However, for Matarbari 2, the logic that “China will take over if Japan does not” is invalid, and it is nonsensical for the Japanese government to consider such an argument in the first place from the perspective of climate change countermeasures. In any case, with China’s new policy in mind, the Japanese government should also seriously consider the air pollution and climate change countermeasures in Bangladesh.

The letter calls on JICA Bond Underwriters and Bondholders to do the following:

Lastly, the Anthropocene Fixed Income Institute (AFII), a think tank that specializes in the research of bond markets, included JICA bonds in its recommended divestment list in March 2021 (※4). AFII states that JICA bonds were added to the list because “the expectation is that JICA will support gigawatt-sized coal projects in Bangladesh (Matarbari) and Indonesia (Indramayu) that – beyond being obviously non-Paris aligned – also are associated with other ecological and social issues.” 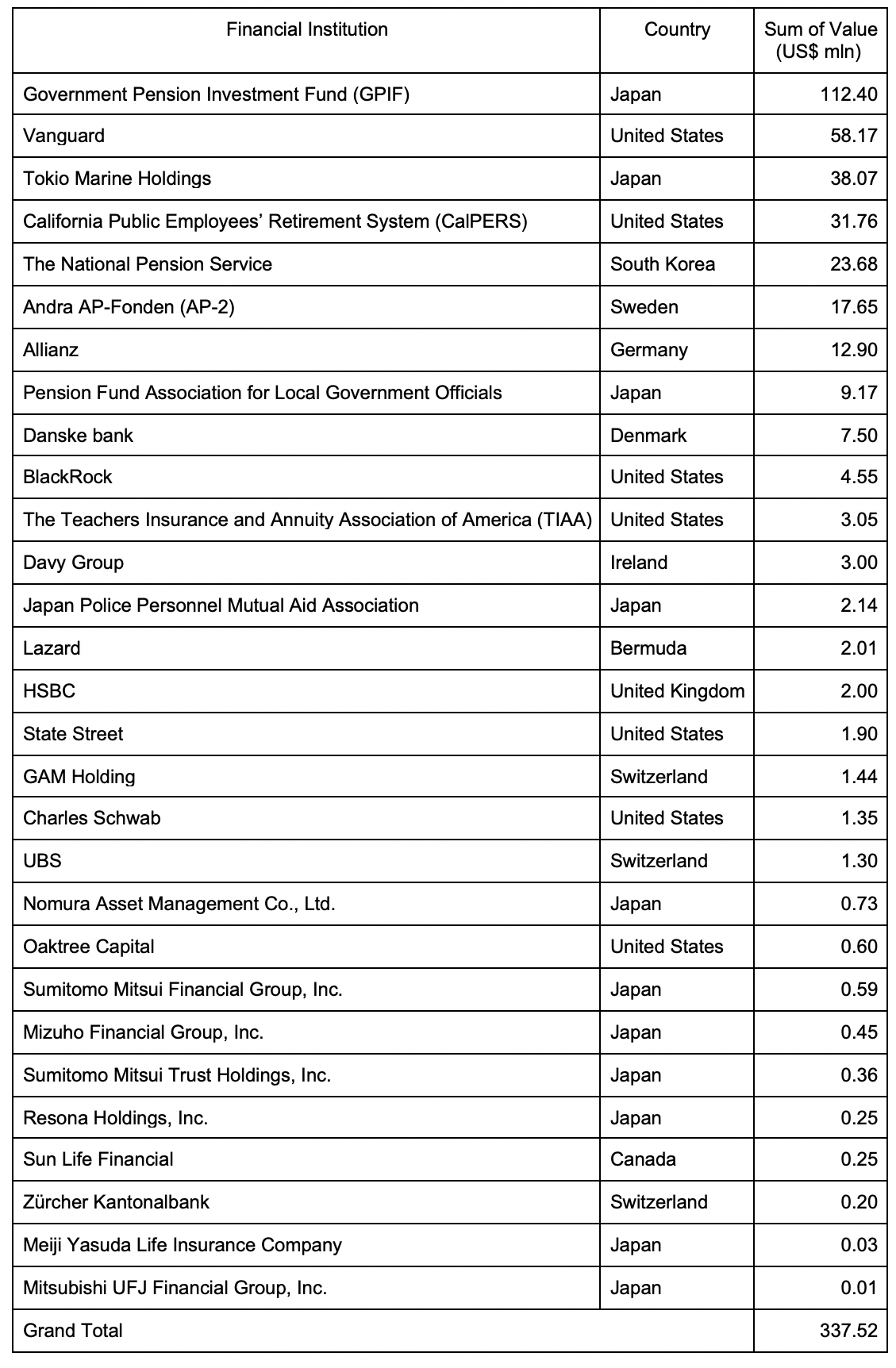