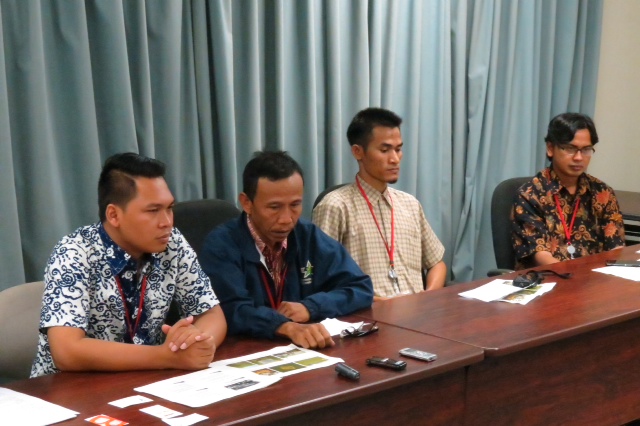 Currently, in Batang, Central Java, Indonesia, under a Japanese public-private partnership, there are plans to build the largest coal-fired power plant (2,000MW) in Southeast Asia. Along with investments from J-POWER and Itochu, the Japan Bank for International Cooperation (JBIC) is considering to provide a loan equivalent of about 60% of the more than 400 billion yen (4 billion USD) required to build this massive coal plant.

However, concerns have been raised by locals who oppose the coal project’s negative impacts on their health as well as on their fertile agricultural land and fishing areas that are key for locals’ livelihoods. This has led to several protests both in the local area and in the capital city of Jakarta, even resulting in injury for some at the hands of the police and military in their attempt to suppress the voice of local opposition. Local authorities have even unjustly arrested community leaders who have protested the project, thereby portraying them as criminals and thus violating their human rights.

In spite of this, it has been met with strong opposition which has delayed the construction of the plant for 2 years in a row. On their first trip to Japan, representatives from local opposition as well as local NGOs’ staffs from Indonesia again expressed their disapproval against the project at the press conference and demanded the Japanese corporations involved and the Japanese government to cancel plans to construct the plant. Before the arrival of the Indonesian delegation, Japanese NGOs have attempted to arrange meetings with the corporations (ITOCHU and J-POWER) involved with the project as well as government agencies (Ministry of Finance, Ministry of Economy, Trade and Industry, and JBIC).

However, at this point all parties have turned down meetings. Some refused citing the local developer’s declaration of force majeure as the reason why while other representatives stated that they were simple “too busy”. It came as an unprecedented and great disappointment that key representatives could not make time to meet the locals who have travelled so far from their hometowns in Indonesia to discuss this project. For the key financier JBIC, this is an obvious violation of its environmental and social guidelines which stipulates that “JBIC recognizes the importance of information from stakeholders, and utilizes such information in its screening and environmental reviews.” Japanese corporations and organizations must sincerely heed on the opposition and concerns of local people.

Inquiries: Questions can be directed to Hozue Hatae or Yuri Onodera of Friends of the Earth Japan