The Japan Bank for International Cooperation (JBIC) is currently considering to finance a coal-fired power plant in Batang, Central Java province in Indonesia. On May 6th, 2014, the local residents who protested against the project were caught in a violent clash with local police again. According to a local NGO, the police had provoked the locals resulting in the injury of 3 residents.

An injured Batang local at the scene of the protest (taken by a local resident on May 6th, 2014)

One reason for this protest, which took place in front of the Batang State Attorney Office, was to show solidarity with 2 local leaders who have protested against the coal power plant and received an unjust 7 month sentence. One of the leaders, is still refusing to sell his agricultural land while the other is a small-scale tenant farmer. Both currently remain in prison. 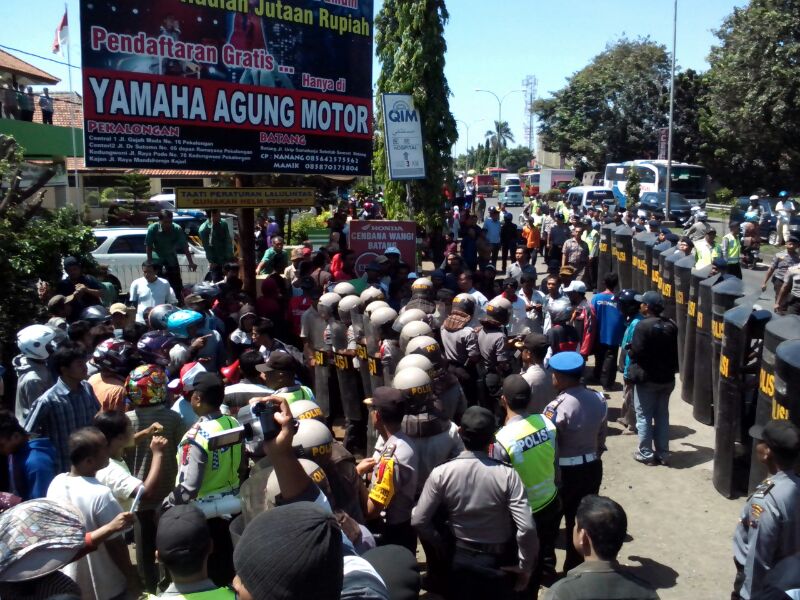 Protest in front of the Batang State Attorney Office (taken by a local resident on May 6th, 2014) 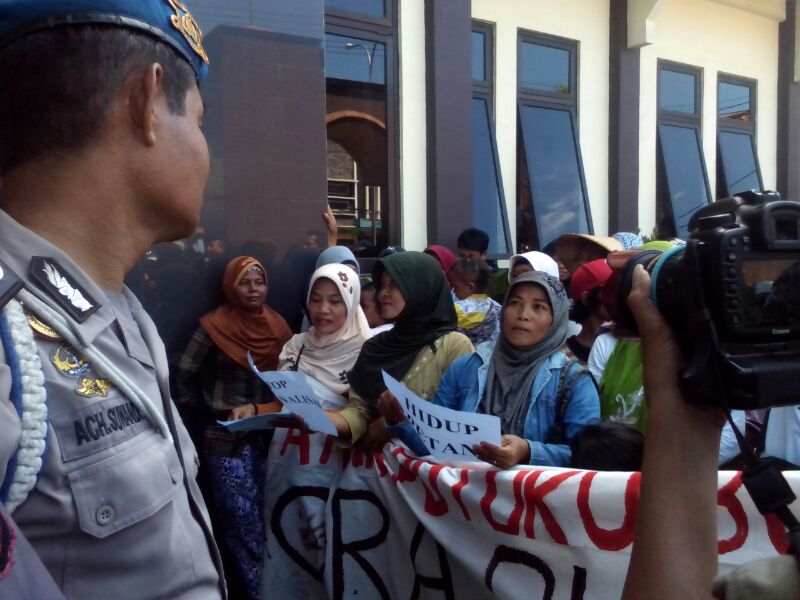 Protest in front of the Batang State Attorney Office (taken by a local resident on May 6th, 2014)

The Japanese companies J-POWER and ITOCHU has decided to invest in this 2000MW coal-fired power plant, one of the biggest of its kind in Southeast Asia. It is estimated this project will come at a cost of over 4 billion USD of which JBIC is considering to provide approximately 60%.

However, this project will wreak damage on livelihoods by harming fertile agricultural land and fishing areas as well as human health. In their local areas and in the capital city of Jakarta, local residents have repeatedly opposed this project due to the negative impacts of a coal power plant. To suppress opposition, the policy and the local military have taken violent action which has even resulted in injuries since before. To make an example out of the leaders who have been opposing the project, the government has portrayed them as criminals. This is clearly another violation against the human rights of local protesters. 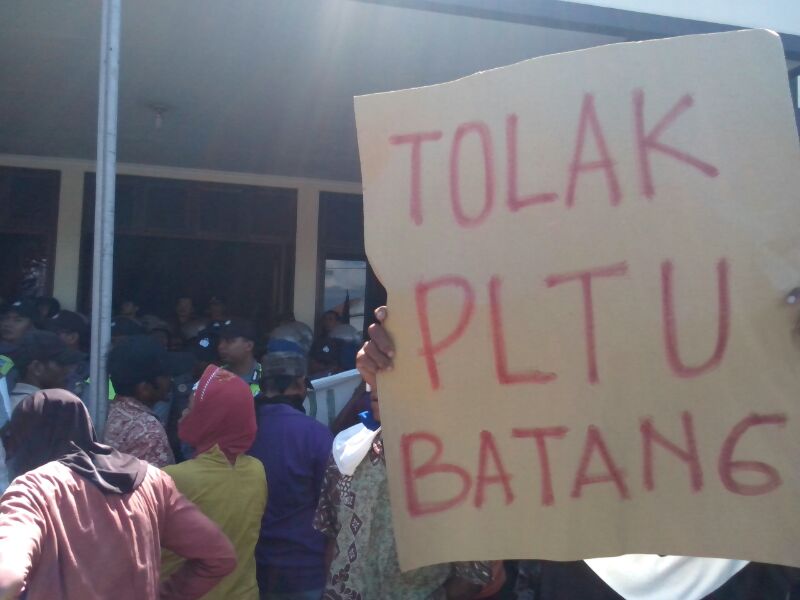 This project is viewed as a flagship project for both Japan and Indonesia. JBIC, along with the Japanese government, should take stronger action in ending these human rights violations and listen to the voices of local residents. Financing for this project must be stopped.

The following is a press released by a local peoples’ organization and NGO.

Batang, Central Java, May 6, 2014 – Hundreds of Batang inhabitant under Paguyuban UKPWR (Ujungnegoro, Karanggeneng Ponowareng and Roban) are again voicing their rejection towards the plan to construct megaproject of coal power plant in their village. These representatives of Paguyuban UKPWR are demonstrating in front of Batang State Attorney Office. This demonstration is a form of support towards two of their citizen being criminalized due to their rejection towards the plan to build coal power plant.

Two of the UKPWR communities being criminalized are Cayadi bin Rabu and Carman bin Tuyah. The charges against Cayadi and Carman took place in 4 April 2012, they are accused of abusing other inhabitant that are pro to the construction of Batang Coal Power Plant, a false accusation they never have conducted. When the case is being trialed at district court and high court, the judge sentenced Cayadi and Carman not guilty, but later the Supreme Court decided that they were guilty and sentenced them for 7 months in prison.

The construction of megaproject Batang coal power plant has been suspended for 2 years due to the community rejection shown by the refusal to sell their land to PT. Bhimasena Power Indonesia, the consortium that won this project tender. This consortium consist of 3 corporations namely, J-Power, Itochu and Adaro Power.

“We will continue to reject the construction of Batang Coal Power Plant in our village perpetually, we don’t want the same bad faith as community in other surrounding coal power plant, for example the Cirebon, Cilacap & Jepara Coal Power Plant,” said Roidi, the leader of Paguyuban UKPWR. “The Government should have listened to our voice, instead of trying to silence our struggle by criminalizing the UKPWR community,” he added.

Batang Coal Power Plant, if established, is claimed to be the largest coal power plant in South East Asia with capacity of 2000 megawatt. This coal power plant is the joint project of the government and the private sector that is funded from Japan’s investment through JBIC and Sumitomo.

“The Government of Indonesia should cancel the plan to build coal power plant in Batang. If they insist on this, they are not just taking away the livelihood of thousands of farmers and fishermen who lives in the surrounding location, they are also inflicting negative impacts on the environment and threaten Indonesian government’s commitment to reduce the emission of greenhouse gasses from Indonesia.” said Arif Fiyanto, Greenpeace Indonesia activist. “Instead of continuing our dependence of the dirty energy of coal, the government should have put maximum effort in developing the clean and environmental friendly energy,” Arif affirms.