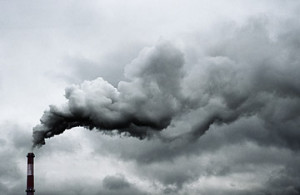 It is no secret in Japan and around the world that in the three years since the Fukushima Dai-ichi nuclear power plant accident, Tokyo Electric Power Company (TEPCO) and the government have been hounded by accusations of withholding pertinent information about the situation in disaster-struck Fukushima. It comes to no surprise that information available for power plants, such as coal power plants, by utility companies and the government is scant, if any at all, making it near impossible to make any assessments about the conditions of Japan’s domestic coal fleet. For example, actual data of CO2, SOx, NOx, mercury and PM2.5 emissions, the technology used and the operating efficiency of each plant is largely unavailable.

In sharp contrast, the US Environmental Protection Agency’s Air Markets Program Data (AMPD) allows anyone to look up any power plant in the country and obtain detailed hourly data. Acquiring information about pollutants such as CO2, NOx, SOx and Mercury from this program can contribute greatly in knowing a plant’s impact on health and the environment. Similar programs can be seen in other parts of the world such as the European Union with its European Pollutant Release and Transfer Register (E-PRTR). In both cases, facilities must report their annual emissions to these programs. China, the biggest emitter of CO2 (although it ranks much lower in terms of emissions per capita), announced in January that it will require approximately 15,000 of its largest facilities (including power plants) to report their actual air emissions such as sulfur dioxide and nitrous oxide for each plant some of which is now available for public viewing (here is just one example from Zhejiang province).

Getting the government to disclose energy and electricity data for large facilities in Japan has been an uphill battle. Starting in 2003, climate change NGO Kiko Network took the Japanese government to court on 3 occasions (in 3 districts) to fight for disclosure of energy and electricity consumption data for large facilities. Although Kiko Network won in the district courts (Nagoya, Osaka and Tokyo), the Osaka high court revoked the judgment made by its district court. The Supreme Court then declared that the government can refuse to disclose information if some companies have concerns. We now have a GHG accounting system, which was introduced as a result of increased pressure through Kiko Network’s lawsuit but further information on aspects such as energy and electricity for each facility, is out of reach.

Without freedom of information, how can we confirm that the coal plants in our country are as “clean” as utilities claim? Seeing as Japan is a developed, democratic country, it is only natural that Japan is expected to have a similar program. Will it just be a matter of time before we can know the content of the toxic plumes emitted by utilities?