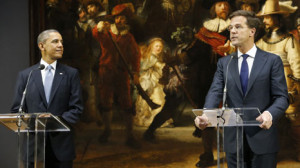 On March 24th, 2014, the Netherlands and the US released a joint statement which focuses on climate change and the move towards low-carbon overseas investments. This continues the trend of governments and financial institutes moving away from overseas coal-financing and towards alternative energy choices.

This announcement follows a joint statement signed by US president Barack Obama and 5 Nordic countries over 6 months ago in September 2013 which emphasized ending public financing for coal-fired power plants overseas (except in rare circumstances) and making a transition to low-carbon energy systems. Similarly, with this joint statement, the Netherlands joins the US, the UK and other nations in these efforts to curb dangerous climate change.

JBIC (Japan Bank for International Cooperation), the largest international financial institute in Japan, is largely responsible for making the country the biggest financial supporter of overseas coal-fired power plants in the world. After presenting a disappointing greenhouse gas reduction goal target at COP20 in Warsaw, the world will be watching what steps Japan will take prior to COP21.

Joint statement by the United States and the Netherlands on Climate Change and Financing the Transition to Low-Carbon Investments Abroad, March 24th, 2014