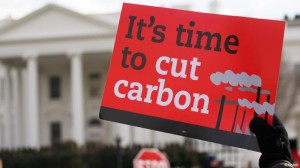 On April 22nd, 2014, in an open letter to Japanese Prime Minister Shinzo Abe, 31 NGOs from around the world urged the leader to discuss ending public financing for overseas coal-fired power plants with US President Barack Obama during his second trip to Japan to take place April 23rd to 25th.

In the letter, the NGOs highlight Obama’s Climate Action Plan which catalyzed a move from public funding for coal-fired power plants. This was followed by similar stances by the Nordic countries, the U.K., the Netherlands as well as financial institutions such as the World Bank, the European Investment Bank and the European Bank for Reconstruction and Development. However Prime Minister Abe continues to actively promote coal-fired power plants around the world, mainly through the Japan Bank for International Cooperation (JBIC).

In addition, the letter touches on the dangers of coal as an energy source. Coal-fired power plants compromise the health of millions as sulfur dioxide, mercury and other toxins are released. In addition, coal is becoming a much risky investment as renewable power such as solar and wind are becoming increasingly viable as energy sources.

The NGOs around the world are concerned that if Japan continues to promote coal-fired power plants abroad, the country will fall behind the international community. President Obama’s visit will be a great opportunity for Prime Minister Abe to show Japan’s close tie with the United States in regards to its stance on the environment and to show that Japan is a leader in climate change issues.